From my window seat, I looked out at the glacier melt streaming down from the Himalayas, running through Nepal’s natural colour palette: crystal-bluish ice and sparkling white snow on grey rock, descending into the brown, dusty land and vibrant green jungles on the border of India.

If you’re lucky your plane will circle above the Kathmandu Valley a second time before landing. Mine did, and it allowed me to absorb the landscape, but also to try and identify Mount Everest among the endlessly sprawling and majestic Himalayan summits.

Whether it’s the impeccable nature and inspiring mountainous landscapes sandblasted by the winds of time or its unchanged culture strong as stone, Nepal can turn a trip into an exploration and adventure. It has everything but the sea—though glacier lakes offer a refreshing substitute.

Taking in the Sights

Not to be confused with the mystical imagery of Shangri-La, Kathmandu is a shockingly dusty and loud city. Nepal’s main hub with the only international airport in the country, Kathmandu is the gateway to exploring Nepali culture and Buddhist temples, and the place to buy decent quality North Fake gear in preparation for your Himalayan trek.

Thamel is the most tourist-friendly area of the city. All the amenities are concentrated within walking distance. Restaurants occupy rooftop terraces, book shops sell used and pirated copies, and there are various means of transportation out of the city. 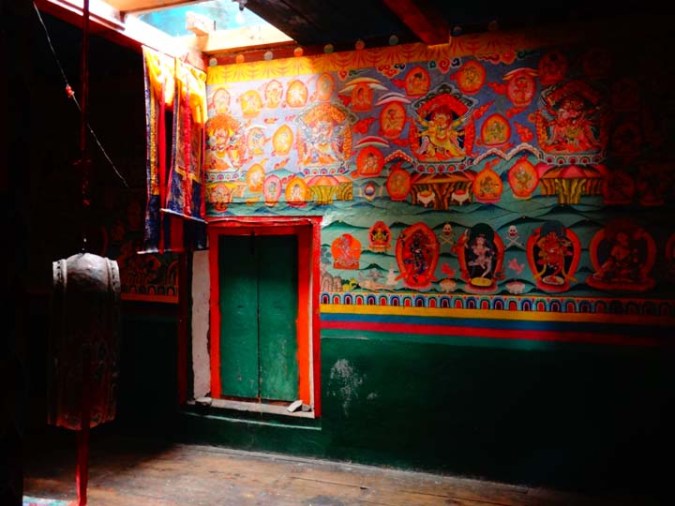 Three Durbar Squares in the Kathmandu Valley were home to the palaces of various kingdoms before Nepali unification: Basantapur, Patan and Bhaktapur. All are easily accessible and feature incredible Buddhist temples and impressive carved statues. Being there before the crowds arrive can spark feelings of ancient holiness and an appreciation for strict dedication and discipline.

The sleepy, lakeside town of Pokhara bustles with contrasting energies. Some travellers are excited about their upcoming trek into the Annapurna Conservation Area in north central Nepal whereas others bearing satisfied and exhausted Buddha-like smiles have just returned. 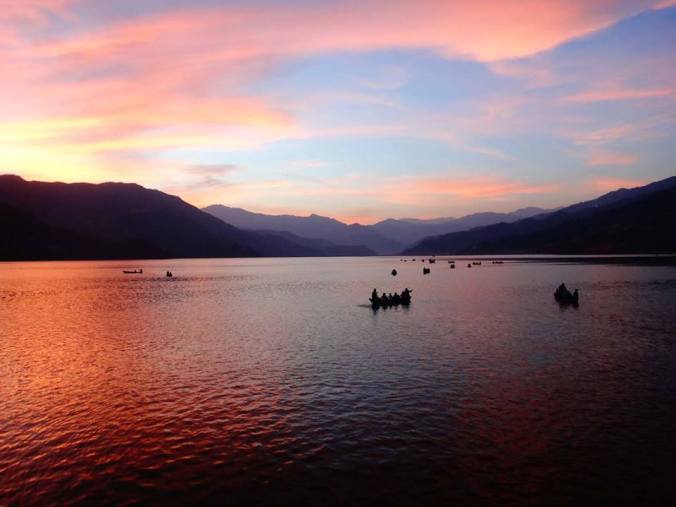 It’s a trekker’s haven with stories trickling out of fair-trade cafés. Pokhara is the beginning and the end, a relaxed town where you can stay fit and where lazy days blend into productive weeks. Time becomes purgatorial and it’ll have you thinking you reached heaven.

Leave behind excess luggage in your hotel’s storage room. It is simple and safe, and lessens the burden of trekking with items you won’t need in the mountains. One perk of the Annapurna Circuit is that everything is accessible on the trek. Economies of mountain towns have become dependent on tourism, so room and board is easily found in every village along the way. 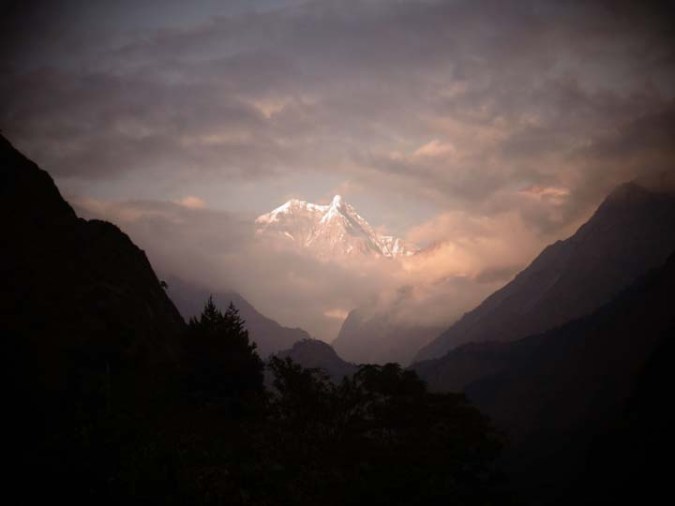 Guides and porters are always available for hire, and can be resourceful in securing beds during high season. However, since the Annapurna Circuit attracts the largest number of trekkers in the world, you’ll soon be joining people you meet along the beaten path.

Your biggest asset is time. The trek can be done in a couple of days thanks to jeep roads that connect the towns on both sides of Thorong La pass at 5,416 metres. However, aside from missing the transition from jungles and rice fields at 800 metres to cold hard rock at 3,000 metres, the problem is you risk experiencing altitude sickness without proper acclimatization.

I trekked for 23 days. It was safe and I saw everything I wanted: countless white stupas and temples, side excursions to the base of Annapurna III and the incredible Tilicho Lake at 4,949 metres where I encountered a Tibetan guide with tales of the elusive snow leopard residing in the area.

Take your time and you’ll be rewarded with yak burgers and butter tea, Tibetan monasteries and hot springs, orange trees and apple orchards. Whichever route you choose, make sure it ends in Ghorepani. A pre-dawn hike to Poon Hill is the perfect way to pay homage to the mountains as four towering 8,000-metre peaks etched against a purple twilight sky are awakened by shades of pink and orange as the sun rises. 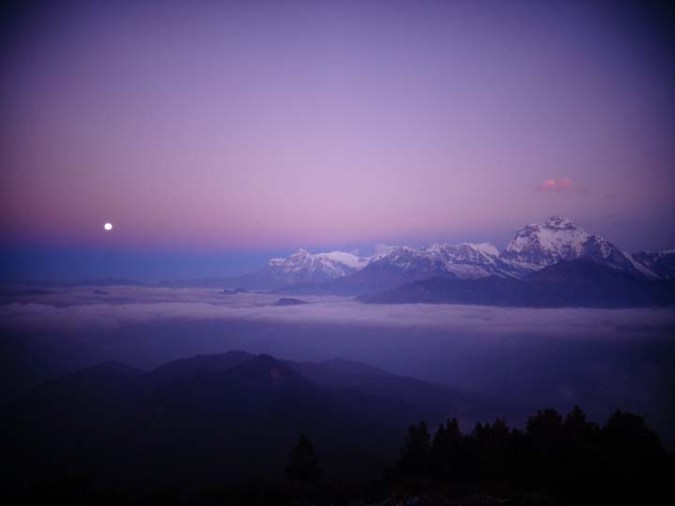 Chitwan National Park is home to the most concentrated habitat of Bengal tigers and a jungle exploration tour to visit them may be the most thrilling experience you’ll have in Nepal. After paddling downstream in a canoe, I walked with two guides carrying only a bamboo stick for protection. I wondered if I had miscalculated the risks of this adventure.

Stalking tigers had me examining their paw prints and fresh feces. Suddenly I stopped; I had heard something. In the time it took for a bead of sweat to drip down my face, my adrenalin kicked in, and the idea a moment earlier of how amazing it would be to encounter a tiger was trumped by the fear that I may indeed see what was growling at me from somewhere.

Hearing tigers was enough however rhinos were also lurking, as were crocodiles, elephants and wild boars. After an exciting jungle hike with close encounters, it was time to freshen up with a playful elephant bath.

Nepal is one of those countries found on many travellers’ wish list. But once you cross it off, it instantly becomes a favourite and a country you’ll want to visit again.

Take a look at the online magazine version here